The trade body said the decline was largely due to changes in the UK's trading relationships, but said the pandemic was also a factor.

The government said it was "too early to draw any firm conclusions" on the long term impact of Brexit.

It also said the pandemic had depressed demand.

"The most recent ONS trade statistics show that for both March and April, overall exports to the EU have exceeded the average levels across 2020," a government spokesperson added.

Rachel Hicks, co-founder and co-distiller at Sky Wave Gin said the "red tape is strangling" her business. She said that EU sales "utterly dropped off a cliff" in the first quarter, meaning her turnover was down 30%.

"The real shame is somewhere like Asia - a fast growing region for gin - is going to potentially snaffle all the markets," Ms Hicks said.

"We are now unable to quickly send gin to our customers all over Europe and have to wait for HMRC to inspect us every time we send gin abroad."

Graham Flannigan from Berwick Shellfish in Northumberland, is in a similar position. He said his seafood exports had "come down drastically" mainly due to Brexit and the impact of lockdowns.

"The logistics systems are moving better now but it's the red tape that is having to be built into the cost of the goods and this is having a knock on effect," he added. 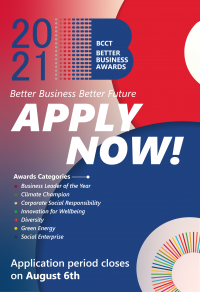