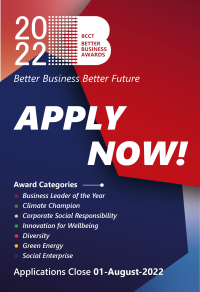 Business activity growth slowed in the UK in December thanks to a resurgence in COVID-19 cases across the country as Omicron took its toll.

According to NatWest’s regional PMI data, 11 out of 12 regions posted slower growth, with the North East seeing a slight contraction.

Rising prices also remained a prevalent factor, although cost pressures did ease from recent record highs seen in October and November. Business managed to pass on the bulk of higher costs to customers during 2021 as demand strengthened.

Employment levels also recovered across the board, although the pace of job creation slowed.

The overall index, which is published each month and tracks the monthly change in the output of goods and services across the private sector, came in at 53.6. Any reading above 50 signals growth.

London remained the fastest-growing area but saw business activity fall from 64.1 in November to 57.5, signalling a loss of momentum. Meanwhile, the North East (49.7) saw the only outright slump in output, although the rate of decline was marginal.

Elsewhere, inflows of new work stagnated in the West Midlands, and Northern Ireland recorded a modest decline thanks to a drag in construction and retail.

“December saw a rise in backlogs of work across all UK regions,” NatWest said, with the steepest increase by some margin seen in Wales.

However, firms in all parts of the country were optimistic about growth prospects in the year ahead. Yorkshire and Humber recorded the highest expectations, followed by the South East, and the West Midlands.

The East Midlands, which ranked fourth, saw the largest upswing in confidence since November, and sentiment was the least positive in Northern Ireland.

“The resurgence of the pandemic in December put the brakes on the UK’s economic recovery, with each nation and region feeling the effects as people changed their behaviour in response to rising cases.” Sebastian Burnside, NatWest chief economist, said.

“But despite the similarities to previous waves, business activity levels seem to have been more resilient this time, due in part to comparatively lighter restrictions.

He added: “Rates of input price inflation ease universally in December, though this won’t have provided much respite to businesses as cost pressures continued to run hot by historical standards.”