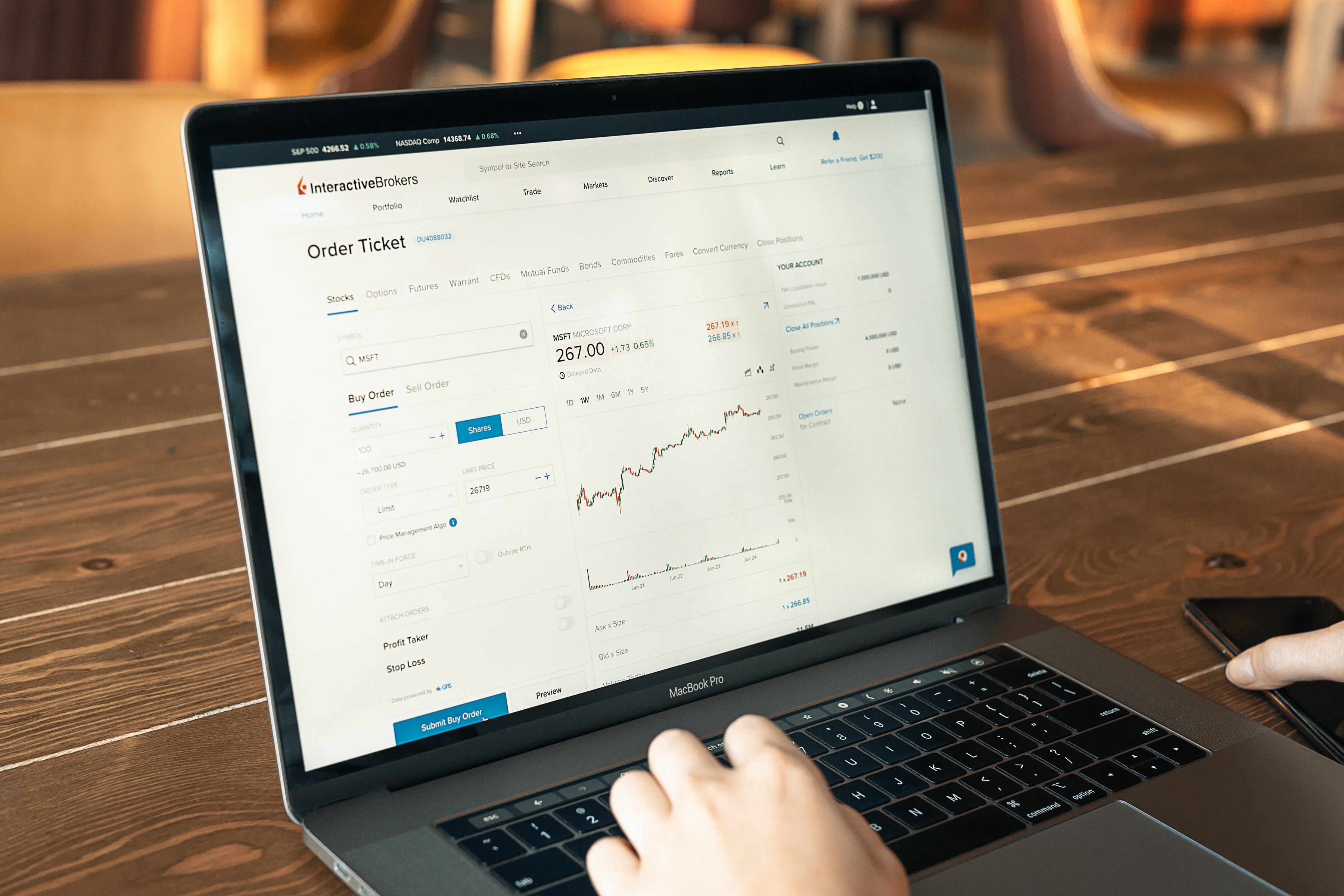 Bear markets are part and parcel of investing. It’s that simple. And while it’s understandable to get nervous when bearish trends happen, history has shown that they don’t last forever.

Here, we’ll examine bear markets of the past to contextualise today’s economic uncertainty. We’ll explore how long bearish trends have historically lasted, how long the current bear market is likely to continue, and the bear market opportunities available to investors.

My consistent message is, as a long-term investor, to hold strong during such times, and avoid making snap decisions that lose you money in the long term. If your situation supports it, invest more during market falls.

But let’s start by defining what a bear market is.

What is a bear market?

A bear market is when a market undergoes an overall drawdown of 20% or more from peak to trough.

Bearish trends happen as a result of a weakened economy or unexpected societal events like war or, you know, a global pandemic, and they generally come interlinked with negative economic effects, for example, the rising inflation we have seen in 2022 so far. A bear market and a recession are different things, but they often arise together.

Let’s move on to the most dramatic bear markets of recent years, before examining today’s situation.

The longest bear markets of the 20th century.

Most of the worst bear markets took place before World War II, and while it’s hard to draw comparisons between then and now, history is a great way of gaining insight into the future when it comes to investing (although not a perfect predictor of returns, that’s for sure).

Some of the longest bearish markets since World War II.

According to new research carried out by Yardeni Research, the longest of these took place in the 2000s as a result of the boom of internet stocks in the mid-90s. This was known as the dot-com bubble, which took everyone by surprise as the internet was completely new at the time and exploded into the cultural zeitgeist of the era.

When the dot-com bubble burst, a bear market occurred that took 929 days to reach its lowest point. The longest in history.

Implosions at Bear Stearns and Lehman Brothers, a US housing crisis and a mass of bank-related worry caused the Global Financial Crisis of 2007-2009. It took 17 months (let’s call it 1½ years) for the market to start gaining again.

The shortest bearish trends in the stock market.

I mentioned at the top that I want to reassure you but all we’ve covered thus far is seemingly negative! Not so. The message is that those investors who either held strong or, better – bought – between 1929 and 1933, in the early Noughties, or between 2007 and early 2009, will have without question enjoyed significant profits.

Think of the media hyperbole these investors will have had to deal with, too.

Remember the banking crisis? How many news bulletins started with something other than that at the time? Barely any. The popular media has a way of masking golden opportunities with fear.

And other seemingly huge events have been shrugged off by the market in the blink of an eye. The COVID-19 crisis, for example. Stock prices weathered the storm better than expected during this period, with bearish trends lasting a little over a month.

Are we in a bear market?

It’s undeniable that we have been in a bear market in most traditional assets recently. But how long will it take to get out?

How long do bear markets last?

On average, it takes the market roughly a year to go from peak to trough, with an additional 21 months to go from the very bottom to the previous peak. So that’s around three years to full recovery, but only one year to start seeing an upswing.

In the context of a long-term investment, let’s say 10 years or more, that’s nothing. Emotionally it can be testing, I completely understand that, but it’s easy to take comfort from the context this provides.

Is a bear always followed by a bull?

Not always immediately, but markets move in cycles, and bull markets return. While it may be tempting, selling during a bearish trend is almost never a wise move.

This brings us onto the opportunities available for those investing during bear markets.

For those who understand the benefits of thinking long-term, a bear market is a great time to begin your investment journey.

Diversification and a portfolio of quality investments will always be your investment friends. Time may be or may not be, depending on what stage of your financial life you are at, but this is where risk must be especially sensibly managed with time horizon as a key factor.

Once you have considered your overall risk appetite and financial objectives, then a bear market or, more broadly, a time of economic worry and fragile markets, is an excellent time to invest. You’re picking up great assets at lower prices.

You’re also teaching yourself very advantageous habits which will serve you well in future bear markets and, ultimately, make you far more likely to hit your financial aims.

For more information about stable investment strategies, or to discuss anything related to the content of this article, please get in touch today.

Get in touch with Scott Kingsley for expert, holistic, professional financial advice.

If you’d like to know more about this article, the differences between the kinds of bearish market trends you should be aware of, or how you can invest wisely to guarantee a better future for yourself and your loved ones, get in touch today. It costs nothing to have a conversation, and it could be one that changes your life.
Follow this link for a FREE investment review!