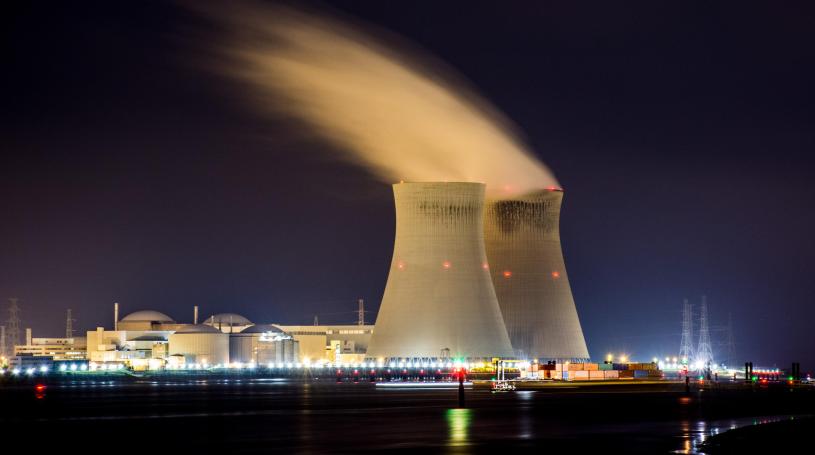 Asia is giving the once-shunned nuclear power industry a second lease on life, thanks to the global energy crisis.

Governments in Japan and South Korea are removing anti-nuclear policies, while China and India are looking to build more reactors to avoid potential supply shortages and curb emissions. Even developing nations across Southeast Asia are exploring atomic technology.

The embracing of nuclear energy comes after the prices of natural gas and coal, the two fossil fuels used to generate most of Asia’s power, shot to records this year as Russia’s invasion of Ukraine upended markets. As the world shifts away from Russia, a major fuel exporter, supply are expected to remain tight and prices high well into the future.

That is making clean and reliable nuclear power attractive for policymakers and utilities eager to rein in inflation, achieve renewable energy goals and curb dependence on overseas energy suppliers.

“Old resistances are crumbling surprisingly fast,” said David Hess, a policy analyst at the World Nuclear Association(WNA). “Existing nuclear plants produce some of the cheapest electricity. The skyrocketing natural gas price has made these obvious economic advantages all the more obvious.”

It is a dramatic turnaround for the nuclear industry, which has spent the past few decades beset by cost overruns, competition from cheaper fossil fuels and stricter regulations. Delays to major nuclear projects resulted in the bankruptcy of industry pioneer Westinghouse Electric Co.

While the nuclear power comeback is global, gaining proponents from the UK to Egypt, the shift is perhaps most surprising in Asia, considering it had the closest view of the catastrophe that struck Japan more than a decade ago.

The future of the industry was still looking bright until a massive tsunami in March 2011 hit the Fukushima Dai-Ichi nuclear power plant in Japan, resulting in the worst meltdown in decades.

The incident convinced some governments that nuclear power’s risks far outweighed its benefits, with Taiwan and Germany setting deadlines to close down their fleets of plants.

Now, as power bills surge and nations deal with fossil fuel-induced inflation, governments are again looking to nuclear. It requires little uranium to operate, which is currently abundant, and it produces power around the clock, unlike intermittent renewable energy projects such as wind and solar.

That explains why Japan, which depends on imported fuel to produce most of its electricity, last week said that it would explore development and construction of next-generation reactors, while also pushing for the restart of more idled nuclear reactors. It is a complete turnaround for Japan, which for the past decade said it would not build new units or replace old ones.

A similar shift is taking place in South Korea.

He also vowed to make the nation a major exporter of nuclear equipment and technology, and integrate atomic power and renewable energy to push for carbon neutrality.

China, which is grappling with a historic heat wave that has resulted in power shortages in parts of the country, last week said that it would accelerate nuclear power and hydro projects.

The nation is in the midst of the largest build-out of reactors in the nuclear industry’s history to meet its insatiable energy demand, while also curbing dependence on coal-fired power plants.

China has nearly 24 gigawatts of nuclear power capacity under construction, while another 34 gigawatts is planned, WNA data showed.

If all of that comes to fruition, China would become the world’s top nuclear power producer.

The country generates about 70 percent of its electricity using coal and about 3 percent from nuclear, but Modi is aiming to more than triple its nuclear fleet over the next decade.

Even cash-strapped nations across Southeast Asia are looking at nuclear power. Philippine President Ferdinand Marcos Jr last month told the Philippine Congress that he would explore nuclear plants to bring down power costs and boost energy sufficiency. Indonesia is planning to start its first nuclear plant in 2045, part of an ambitious goal to reach net-zero emissions by 2060.

Singapore earlier this year said that next-generation nuclear or geothermal technology could make up 10 percent of its energy mix by 2050.

While the details are hazy, that is a shift from a decade ago when the country concluded that conventional reactors were not suitable.

Not all governments in Asia are convinced. Taiwan has not changed its position to phase out nuclear power.

The nation plans to shut its reactors at the end of their 40-year lifetimes through 2025, the Ministry of Economic Affairs said last week.

Europe has shown that even having an enormous fleet of reactors does not always ensure power supply. France, one of the world’s top nuclear power producers, is grappling with record-high electricity prices due in part to a litany of reactor outages.

Meanwhile, next-generation projects such as SMRs are still years or even decades away, and do not present an immediate fix to the energy crunch, but governments and companies are moving to endorse the technology now to avoid the crises of tomorrow.

In March, the Japan Bank for International Cooperation invested US$110 million in Nuscale Power, which is developing SMRs.

“Each country faces its own individual challenges in implementing its nuclear program,” Hess said. “But recent events have seen these obstacles disappear or shrink considerably.”